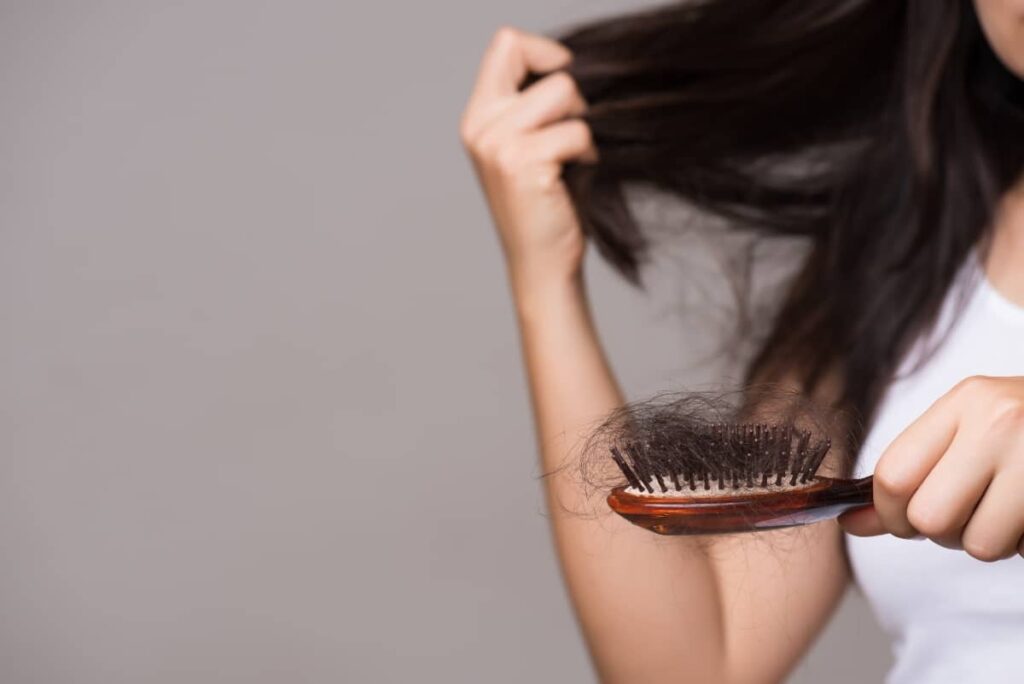 The worsening of hair health is one of several side effects of the virus on the body, in many cases caused by the increased stress levels of the infected person during the symptomatic and recovery process.

What is frontal female alopecia, and why does it occur?

Frontal female alopecia, if it is of the fibrous type, in addition to involving hair loss on the front and sides of the scalp, can also involve thinning in other areas, such as the eyebrows, eyelashes and other parts of the body. The condition mainly affects women over 50, although men and younger people suffer from it.

Although the exact cause is still unknown, research suggests that it may be an autoimmune reaction, with genetics or hormones playing a key role.

The role of environmental factors in contributing to this form of female frontal hair loss is being investigated, according to a study by Oxford University.

Hence the importance of paying attention to nutrition, particularly vitamins (although it should be noted that we do not absorb all of them correctly, nor are they present in food in adequate quantities because of the heavy use of pesticides and current farming conditions).

It is also thought that hormones may be partly responsible, as it usually affects postmenopausal women and can occur along with genetic hair loss (also known as androgenetic or female pattern hair loss).

In addition to female frontal alopecia, which is noticeable by the gradual loss of hair density in this area, this disorder is often accompanied by the hair loss on the sides of the face and around the temples.

Hair loss on eyebrows and eyelashes confirms that this problem needs to be tackled as soon as possible.

The most obvious of all the symptoms of frontal female alopecia is that hair that falls out does not grow back, contrary to what normally happens with hair cycles. As a result, the distance between each active follicle and the next one gets wider and wider.

Early detection of this disorder is key to tackling the issue at its root. A medical examination will help to find out what the underlying cause is and try to find a remedy.

Sometimes it will be necessary to act to regulate hormones. Other times, the priority will be to act on the level of inflammation in the body. It should be remembered that inflammation is a process that usually goes hand in hand with cellular ageing. The specialist will indicate the most appropriate process or treatment to follow, depending on the diagnosis.

Is there a cure for frontal female alopecia?

Although there is no cure for female frontal fibrosing alopecia, early treatment can help slow its progression. There are different treatments to strengthen and regenerate hair, although the most effective is prevention.

The Oxford University research cited above reports that topical scalp treatments such as creams, lotions and gels can be used. It can also be treated with tablets. However, success rates can be highly variable on a case-by-case basis.

Unfortunately, there is no single proven effective treatment, and, despite trying many treatments, some people continue to notice hair loss. For this reason, some people opt for no treatment and decide to wait to see if the condition will stop.

Hair transplantation may be an option only once the condition has been stable for several years. Otherwise, the newly grafted hair will also be lost.

There are tips that can be useful to prevent frontal female alopecia and hair loss and deterioration. They have to do with:

Natural remedies, such as hair masks with homemade ingredients, improve hair’s health and appearance. However, they are not enough on their own to prevent and alleviate the adverse effects of frontal female alopecia.

Products such as G7 Beauty, a natural nutricosmetic that, thanks to its composition with organic silicon and enriched with vitamin E and selenium, manage to give hair the strength it has lost while moisturising and restructuring the skin. This supplement nourishes the body with antioxidants, and its powerful effect is recognised in cell protection and combats oxidative damage. What are you waiting for to try it? It won‘t take you long to notice the results! 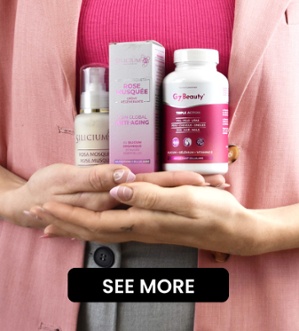