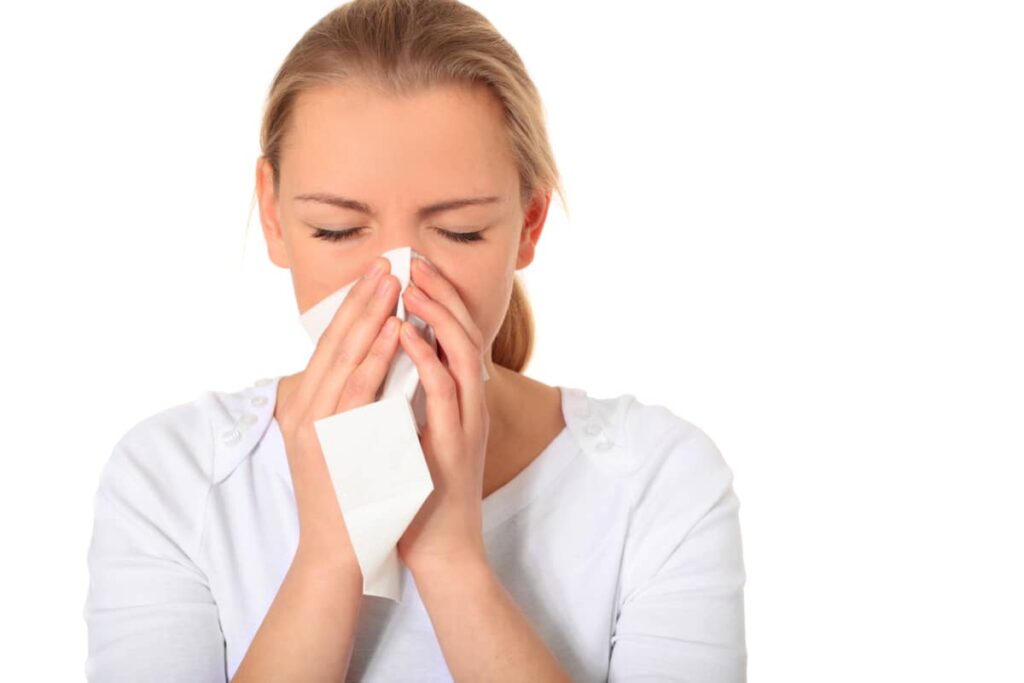 Cold rhinitis: What is it and how is it cured?

With the arrival of cold temperatures, you may have noticed nasal congestion, sneezing or a runny nose. Do you think you suffer from rhinitis due to the cold? Well, the truth is that in winter it is common for symptoms similar to respiratory allergies, such as those mentioned above, to appear. Although it is not a painful pathology, it is very annoying for patients as it means always having to carry a handkerchief at hand.

This is due not only to the drop in temperature, but also to the fact that the ventilation of rooms and humidity is poorer. In order to protect ourselves from the cold, we tend not to ventilate our homes properly, which only leads to an increase in allergens.

Before learning about the symptoms of rhinitis, it is important to know exactly what it is. It is a nasal discomfort whose origin can be due to a wide range of factors, as well as being very common in the population and which, in most cases, develops chronically in patients.

This pathology may be accompanied by other diseases such as asthma, otitis or sinusitis, or even allergic conjunctivitis.

To learn more about cold rhinitis, it is essential to know the main symptoms:

Although cold rhinitis is very common at this time of year, it can also occur at any time of the year. This illness can be classified in different ways depending on the cause:

If you suffer from rhinitis, you will be interested to know that the treatment of rhinitis will depend largely on the reason for the rhinitis. For example, in cases of allergic rhinitis, the most important thing is to try to avoid, as far as possible, the substance or factor that causes it. However, in the case of cold rhinitis, it is usually very difficult to avoid it.

On some occasions, the doctor may determine the need to administer drugs aimed at relieving symptoms, although this will depend on the individual characteristics of each patient and the intensity of the pathology. In certain situations, the doctor may prescribe corticosteroid sprays, antihistamines or drugs to decongest the nasal passages. However, this type of medication has a series of side effects, so it is best to opt for natural remedies that do not harm the body.

In the case of allergic rhinitis, a possible solution may be immunotherapy when the causative agent is identified. However, the effects may require months or even years of treatment.

If you want to alleviate the symptoms or try to avoid cold rhinitis or any other type of rhinitis, it is important that you take into account the following tips. Take note!

As we explained above, rhinitis due to cold or any other cause is not a painful illness, but it is very annoying. That’s why we want to help you alleviate the symptoms with the following home remedies:

Now you know that with the drop in temperatures it is quite common to have rhinitis due to the cold, but also due to other causes that we have detailed above. Remember how important it is to ventilate your home despite the low temperatures; in fact, all you need to do is open the windows for 10 minutes to purify the air. Also, don’t forget to wash your nose and use home remedies to alleviate the symptoms.