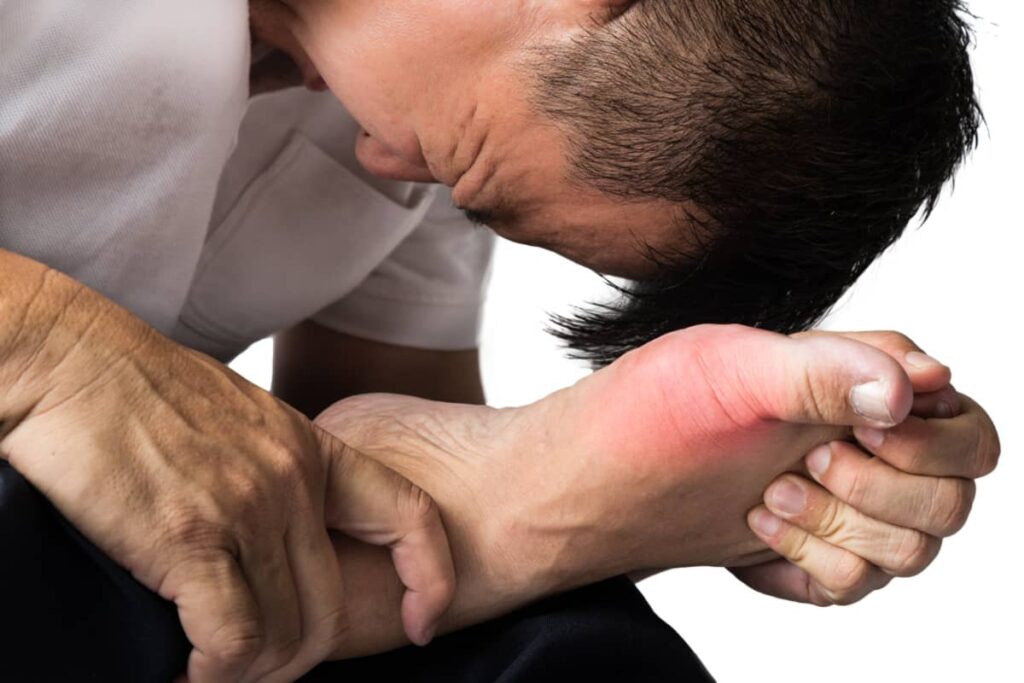 Diet for gout: Everything you should know

Need to know what foods to include in your diet for gout? Surely you already know that one of the most important aspects to keep this disease at bay is to follow a healthy diet, paying attention to everything we eat. For this reason, in this article we will explain exactly what gout is and we will help you discover which foods are allowed and which are totally forbidden.

In addition, we will explain the symptoms of this ailment and some home remedies to prevent an outbreak. Take note!

Gout is a rheumatic disease, although more accurately we can speak of a type of arthritis. It occurs when uric acid levels in the blood are well above normal levels and our body is not able to eliminate it naturally through the kidneys.

This substance accumulates in the form of crystals in the tissues and joints, especially in the feet and thumbs. But, according to the Spanish Society of Rheumatology (SER), gout can also develop in other areas such as ankles, knees and even fingers. These crystals that form as a result of uric acid are called tophi and can be visible to the naked eye.

Gout is a disease that, a priori, can go unnoticed, because pain or other warning signs are almost imperceptible. For this reason, one way to be forewarned of this problem is to perform routine blood tests. To learn a little more about this ailment, let’s discover some of its main symptoms:

These symptoms usually appear and last between 3 and 10 days, then tend to disappear, sometimes even without treatment. But, the reality is that with the passage of time, these symptoms become more frequent and intense, becoming chronic. As we mentioned at the beginning of the article, the presence of this substance is directly linked to food, but the reality is that there are also other risk factors, such as:

What should I eat if I have gout?

To begin with, it is important to know that the gout diet has very clear objectives: to have an adequate weight and follow a healthy diet; to avoid some foods considered forbidden; and to include others that serve to control gout attacks. Therefore, to avoid the onset of symptoms, it is advisable to include some of the following foods:

What not to eat for gout?

As a counterpart, in the diet for gout, we also find certain foods that are totally forbidden, as well as others whose consumption should be limited to keep uric acid levels under control. For this reason, paying attention to the following recommendations is essential to prevent an attack:

On the other hand, there is also a list of foods whose consumption should be limited, for example:

What home remedy is good for uric acid?

Now that you know the importance of following a diet for gout, paying special attention to everything we eat and completely discarding those forbidden foods. Also, we can resort to some of these home remedies:

As you have seen, the diet for gout is essential to control the production of uric acid. Therefore, it can be said that following a healthy diet is essential to prevent the onset of this ailment, but sometimes, it may not be enough. At that time, you can also resort to natural supplements, such as those with vitamin C or diuretic power to promote the elimination of toxins, such as G7 Siliplant Biodinamizado, formulated based on rosemary, horsetail and organic silica.

In spite of all the above and depending on the degree of the disease, diet alone will not be enough for gout and it will be necessary to resort to medication prescribed by a doctor, follow good eating habits, carry out routine controls, take the medication and supplement the diet with supplements. But, in any case, both the elimination of certain foods and physical activity can help you keep uric acid levels in the blood at bay.