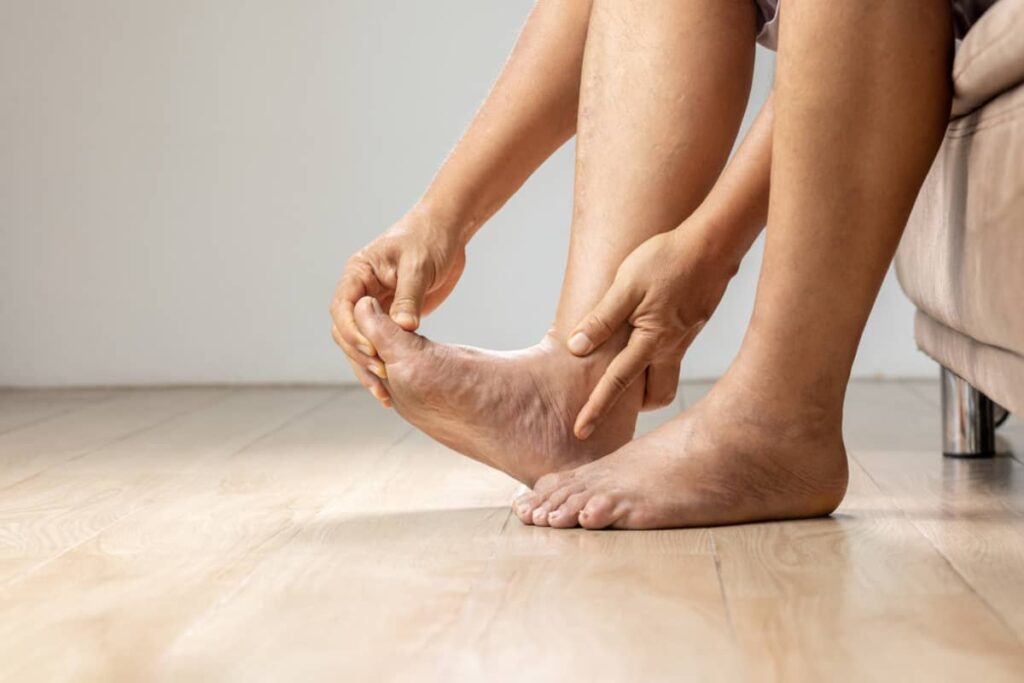 Diet in hyperuricemia: how to control uric acid levels

Diet in hyperuricemia is key to prevent the worsening of uric acid levels in the blood, as well as controlling gout attacks.

Below we discuss the key aspects of this metabolic disorder to help you understand it better and review the dietary recommendations that should be considered.

hyperuricemiais a chronic disorder of the metabolism of purines, compounds that are part of nucleic acids.

From the breakdown of purines, uric acid is formed as an end product, excreted in the urine. In hyperuricemia, however, there is an abnormally high accumulation of uric acid in the blood.

hyperuricemia can manifest in different pathological conditions, such as urate kidney stones, which are the salt of uric acid (uric acid bound to sodium) and the form in which it precipitates or crystallises, or the more prevalent and well-known gout.

Many people with hyperuricemia remain asymptomatic throughout their lives, but the greater the degree and duration of hyperuricemia, the more likely it is that symptoms will begin to manifest.

Therefore, treatment is prescribed even without symptoms in cases of high uricemia and uricosuria (increased uric acid excretion in urine).

The same is true if there is a family history of hyperuricemia or kidney failure.

In any case, the asymptomatic period of this disorder ends when the first attack of gouty arthritis or the formation of uric acid kidney stones occurs.

The most common form of hyperuricemia is gout, where symptoms derive from the precipitation of uric acid and the subsequent formation of urate crystals.

These crystals form around joints, cartilage, tendons and ligaments and in cooler peripheral areas such as fingers and ears.

However, the area where this precipitation and crystallisation occurs most frequently is the first metatarsophalangeal joint of the foot, corresponding to the first toe or big toe.

Once gout appears, the most characteristic symptom is localised inflammation of the affected area, which may be accompanied by fever.

It is important to note that if arthritic attacks are not diagnosed and treated, chronic gout can develop.

In this case, tophi appear, deposits of sodium urate crystals that destroy the joint tissues and can eventually lead to chronic arthritis.

What can hyperuricemia be caused by?

Uric acid in the blood can increase due to a number of different causes and can occur singly or together.

Two of the situations that often lead to increased blood uric acid concentrations are:

Increased synthesis may be due to a genetic problem or increased nucleoprotein metabolism due to haematological pathologies, such as leukaemias.

However, it can also be associated with disorders in which abnormally high cell death occurs, such as psoriasis; or following diets.

Examples of high-protein diets are the keto or ketogenic diet and, to a lesser extent, the paleo or low-carb diets.

A person is considered to have decreased renal excretion of uric acid when uric acid excretion is less than 250-300 mg in 24 h on a purine-free diet.

This situation usually occurs in kidney transplant recipients and patients with kidney failure or other renal pathologies.

Other causes of increased uric acid in the blood

In addition to the above situations, other factors may play a role in or enhance uric acid increase, regardless of whether there is a metabolic problem. These include:

hyperuricemia diet: what to eat and what not to eat?

An appropriate diet is essential to optimise hyperuricemia and improve the affected person’s quality of life.

Some general aspects to take into account in the diet when hyperuricemia exists are:

Special mention should be made of low-calorie diets to achieve a healthy weight in case of overweight and high uric acid levels.

A specialist should always prescribe these diets. In other words, we should not apply dietary restrictions alone, as this could worsen hyperuricemia.

For example, prolonged fasting or metabolic stress (due to a shortage of carbohydrates, for example) can promote the onset of a gout attack.

Contrary to what many believe when they think of a low-calorie diet, eating five meals a day is advisable. In addition, such a diet should be rich in fruit, vegetables and low-fat dairy products.

In this way, with professional advice, we can achieve a reduction in body weight, uricemia and the frequency of gout attacks.

What should I eat if I have hyperuricemia?

Since they are associated with a lower risk, the following foods are permitted and recommended in the hyperuricemia diet:

Therefore, in the case of an acute crisis or gout attack, it is advisable to favour consuming foods that do not contain purines. In addition, proper hydration is also essential in a diet for hyperuricemia.

Drinking plenty of fluids, between 2.5 and 3 litres a day, is necessary to reduce the precipitation of uric acid crystals and promote diuresis and the elimination of urates.

Keep in mind that it is possible to maintain good hydration by drinking water and juices, soups, soft drinks and herbal teas.

It is also advisable to take depurative medicinal plants to help cleanse the body and contribute to the reduction of uric acid levels.

What foods should be avoided in a diet for hyperuricemia?

It is essential to follow a healthy, balanced diet that incorporates the foods mentioned so far, but it is also necessary to avoid those discouraged or forbidden foods.

Some of those associated with an increased risk of hyperuricemia and gout attacks are:

Therefore, nutritional recommendations for people with hyperuricemia usually prohibit or restrict these foods that promote increased uric acid levels in the blood as much as possible.

However, it will always depend on the degree of hyperuricemia and how well or poorly controlled uric acid levels are.

In addition to the above, other foods can be consumed, but on a limited basis. These include:

Diet, hyperuricemia and quality of life

In short, diet is a key aspect in controlling and managing hyperuricemia, and the quality of life of people affected by this metabolic disorder depends to a large extent on it.

If you suffer from hyperuricemia, consult a specialist who can advise you and help you to follow an appropriate diet for your particular case.