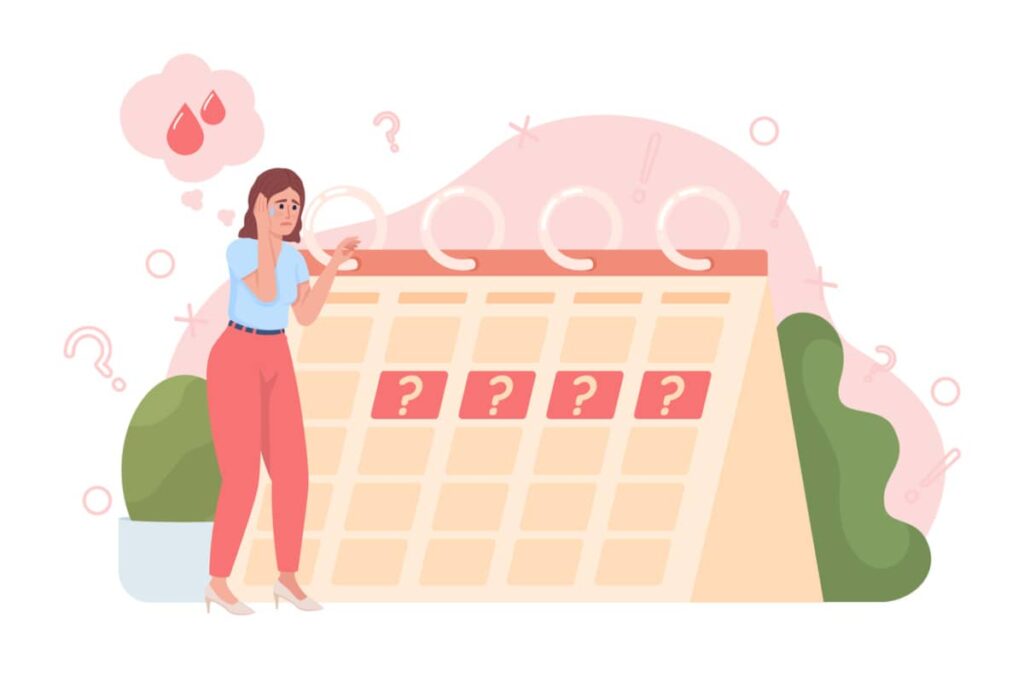 The menopause is a normal physiological stage in the life and reproductive cycle of women, a period conditioned by hormonal changes.

The menopause marks the permanent cessation of menstruation and thus of reproductive activity.

In other words, the woman’s reproductive stage comes to an end, as the ovaries stop functioning and ovulation ceases.

There is some variability in how individual women experience this stage of their lives, how long changes occur before the complete and permanent cessation of menstruation takes place, and the age at which menopause occurs.

However, there are age ranges that are considered normal for the onset of the menopause. So when the onset of menopause is too early, we may be facing an early menopause.

What is considered early menopause?

Menopause is not an instantaneous or sudden change, but a progressive process.

In fact, this process can last for several years, a period in which a series of hormonal changes take place before menstruation and reproductive function disappear completely.

As mentioned above, there is some variability in the age at which menopause occurs.

Therefore, when the onset of menopause occurs in women under 40 years of age, we speak of early or premature menopause.

This condition, also called premature ovarian failure (POF), can occur even in younger women (before the age of 30) and is a cause of female infertility, affecting 1% of women.

Symptoms of early menopause, what are they?

The characteristic symptoms of menopause may begin to manifest themselves several years before the cessation of menstruation.

Some of these symptoms may be experienced for a few months or more continuously throughout the entire process, even remaining for several years after the withdrawal of menstruation.

In other words, in some cases the symptomatology may also persist during what we would call the post-menopausal stage.

In any case, the symptoms of early menopause are very similar to those that appear in older women, within what is considered the normal range for the cessation of menstruation; and in both cases they are mainly due to a shortage of oestrogen.

Common symptoms of the onset of the menopause, whether premature or not, include:

Regardless of whether some or many of these symptoms are experienced, with greater or lesser intensity, there comes a time when a woman stops bleeding; that is, amenorrhoea, or the absence of menstruation, occurs.

Causes and treatment of early menopause

The symptoms of early menopause are the visible face of what is happening in our reproductive system. Although they are fairly uniform regardless of the cause, the reasons why the ovaries stop functioning can be very varied.

Different causes that can lead to premature onset of menopause include:

Unfortunately there is no treatment to reverse early menopause, regardless of the cause.

In other words, the ovaries cannot be made to regain their functionality once they have started their journey towards cessation of reproductive function.

What is often done is symptom management by hormone therapy, but this would be a hormone replacement treatment, not a cure.

In cases of early menopause, this therapy may also help prevent other risks associated with the hormonal decline that occurs with the end of menstruation.

An alternative way to alleviate the symptoms of menopause is to take organic silica. It will also help to prevent the onset of osteoporosis and, at the same time, promote tissue elasticity and the elimination of toxins.

Two organic silica-based supplements that are ideal for combating the symptoms of early menopause are Silicium G7 Original and G7 Beauty.

Silicium G7 Original is an excellent source of bio-dynamised organic silica. In addition to silica, G7 Beauty provides vitamin E, which is also effective in reducing the symptoms associated with the menopause.

If you are dealing with the symptoms of premature menopause, any of these supplements will be of great help to improve the symptoms that accompany this process.