Does your elbow hurt when you lift a cup of coffee or turn a door key? These are some of the symptoms suffered by people suffering from epicondylitis or, as it is commonly known, “tennis elbow”. This article explains what not to do with epicondylitis and tells you everything you need to know about this annoying condition.

What is epicondylitis, and why does it happen?

Epicondylitis is an inflammation of the tendons of the muscles on the outside of the elbow. This injury also affects the extensor muscles of the wrist and fingers and the forces that enable supination of the forearm, i.e. the movement that allows the palm to face upwards.

In the following illustration, you can see the musculature involved in this injury, which we discussed in the previous paragraph.

The most common causes of epicondylitis are:

● Professions that require overuse of the musculature involved (painters, carpenters, butchers, cooks, among others).

● Repeated use of the computer mouse.

All of these involve repetitive tasks that cause inflammation and degeneration of tendon fibres.

Interestingly, there has been a paradigm shift in consideration of this injury. In recent years, various histopathological studies have shown that inflammation is not the most relevant process and that what occurs in these pathologies is more typical of a degenerative process. The correct term to refer to this pathology would be epicondylosis.

What not to do with epicondylitis

This fact is the focus of our article. So now that you know what this condition is and why it happens, we list the things you should not do with epicondylitis:

● Don’t keep doing the repetitive movements that cause and aggravate the injury. The first measure to take is to avoid those same gestures so that the muscles involved can rest.

● If a professional reason causes it, epicondylitis is a reason for sick leave given by the general practitioner. After rest and improvement, you should take prophylaxis measures to avoid a recurrence of the same injury.

● If epicondylitis occurs for recreational or everyday reasons, you should also stop the activities that cause it, for example, stop playing racket sports.

After following the indicated treatment, preventive measures should also be taken. We recommend the following:

● Perform warm-up exercises before use of the muscle groups involved in pronation/supination and flexion/extension movements of the forearm and wrist.

● Avoid forced pronation and supination movements that increase the strain on the tendons.

● If you cannot avoid any of the above movements, you can use an elbow brace at specific times to prevent muscle overload.

Symptoms and treatment of epicondylitis

The symptoms of epicondylitis are easily identifiable :

● Pain on the outside of the elbow with irradiation to the forearm.

● Pain and lack of function when supinating the forearm with the wrist extended.

● Pain on palpation of the outer epicondyle.

● Pain when performing everyday movements such as lifting a cup or practising a backhand in paddle tennis.

● Insidious pain that does not subside, especially at night.

The symptoms are gradual. At the beginning of the injury, the pain appears when performing the actions that cause it. Later, if continued overuse continues, the pain becomes chronic and remains even at rest.

Treatment is conservative, i.e. it is recommended to adopt measures to reduce inflammation such as those described below and, above all, it is necessary to stop the overuse of the muscles. In this way, the aim is to avoid chronification of the injury and avoid applying more aggressive methods such as infiltrations or surgery.

● Cryotherapy. Apply a cold pack or gel to the affected area for several minutes, five or six times daily. A product such as Orgono Sport Gel 150 ml is the best natural alternative to traditional treatments due to its decongestant effect. Its ingredients help to relax overloaded tendons and joints, improving strength, endurance and elasticity.

● Rest during the acute phase.

● Avoid using the hand in pronation, i.e. with the palm facing downwards.

● After the acute phase, flexibility exercises and stretching of the flexor muscles are recommended. It is always best to do this, especially the first few times, under the supervision of a physiotherapist.

After improvement and medical discharge, if necessary, you can do daily activities using a preventive strap or band and perform the exercises prescribed by the physiotherapist on a routine basis.

Example of some suitable exercises to avoid this injury.

● Stretching of the wrist flexor

With the forearm resting on a table, leave the hand off the edge with the palm holding a light dumbbell.

Flex wrist, slowly lower and extend to return to the start.

● Resisting hand and finger grip with a towel.

Hold and twist a rolled towel with both hands in both directions.

Repeat 10 times. If you suffer or have ever suffered from this injury, you will know how painful it can be. Therefore, knowing what not to do with epicondylitis is vital to avoid aggravating it and take the appropriate preventive measures 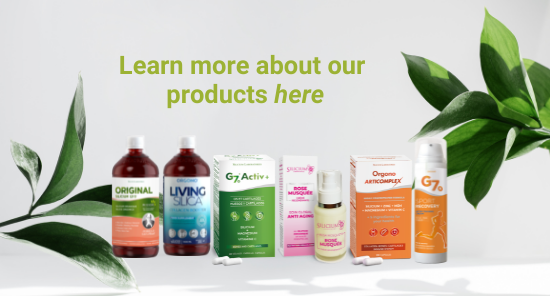