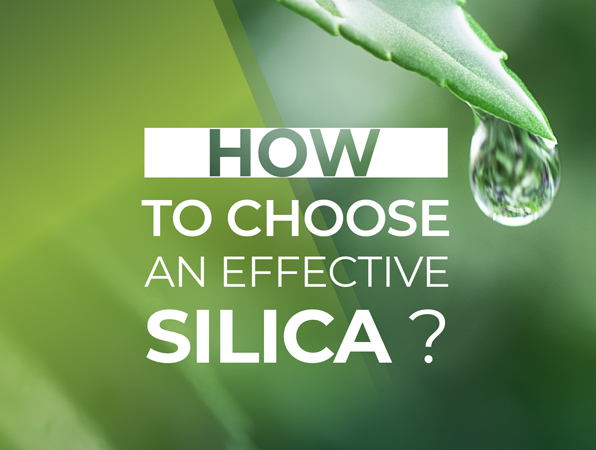 Silica is a fundamental element for the organism, it intervenes in cellular processes such as the formation of collagen which is key to maintaining a flexible skin and well-lubricated joints. However, silicon is a particularly difficult element for the body to assimilate. There is no pure silica in nature, we can find other pure elements: iron, magnesium, silver, gold, but not so the silica because it has a great affinity for other elements and complex shape and beautiful rocks such as amethyst, agate, opal or jasper. When associated with other elements, normally oxygen or aluminum, it ceases to be assimilable and the organism eliminates it.

Traditionally, humans have absorbed silicon through food and water. Springwater, as it passes through kilometers of underground aquifers, draws silicon from rocks and solubilizes a small quantity of silica, almost always in the form of orthosilicic acid. Today, with water purification systems, there is hardly any silicon in the tap water. Another source of silicon was plant food, especially the husk of cereals, but today the methods of obtaining and refining the grain make silica scarce. Another reason why little silica is absorbed is that our intestinal flora, due to preservatives, medications, inadequate and refined food, such flora cannot solubilize and assimilate silica.

Faced with these problems, many medical professionals have for years increasingly recommended taking silicon to reverse this deficiency. However, given the diversity of types of silicon available on the market, what should we choose? As we have said before, the organism assimilates well the orthosilicic acid called OSA that is a very delicate molecule that from a concentration of 90 ppm is made an insoluble mass agglomerate that cannot be assimilated, and the organism eliminates it instead of absorbing it preventing the passage to the blood and the cells. The problem is that many products on the market contain this insoluble agglomerate composed of oxidized silicon. For a supplement to be effective it must be concentrated, and this can only be achieved by stabilizing the OSA so that it can contain at least 180-200 ppm and does not agglomerate. If on the label of a liquid product the OSA appears as an ingredient and we are assured that it is stabilized, that may be a good sign, but other things need to be verified.

In the labeling of the supplements we can guess which types of silicon are assimilable: if they contain untreated vegetable extracts of bamboo, nettle, etc., this corresponds to extracts obtained by crushing the stems or leaves of the plants. The problem is that commercial plant extracts do not contain assimilable silicon because when plants absorb the silicon from the soil, they quickly crystallize it and turn it into phytolites, which are very fine grains of siliceous stone that are also not assimilable. These supplements, therefore, in liquid as well as in capsules, tablets or powders, are also ineffective because they contain oxidized silicon.

Another clue that we can detect that a silicon is not assimilable is by its form, if it is liquid, it must be soluble, that is a condition that must always be met. If the instructions tell us to shake the product before taking it, this means that the silicon precipitates to the bottom because it is in the form of particles of agglomerated silicon that are not assimilated either.

Another problem that has been detected in many products is that they contain silicon dioxide or colloidal silicon that is assimilated very little because they are very oxidized forms of silicon, although manufacturers, in this case, can claim a high concentration of silicon which commercially benefits them. But in terms of silicon the more concentration, the more we must be careful, not only because of its lack of absorption but also because of problems that can cause the kidneys, the same applies to extracts of highly concentrated plants, we must strictly respect the periods of intake, which must be short. In short, as far as silicon is concerned, less is more.

Another form of silicon approved by the European Food Safety Agency is organic silicon or monomethylsilanetriol (MMST). This product, usually in liquid form, is very stable, never oxidizes and transforms when it reaches the organism into OSA which quickly recharges the organism with this form of silicon. Although it is very unconcentrated, it has been very effective in providing quick and visible results in a short time thanks to its assimilation. Besides, it can be taken continuously for years without a problem thanks to its perfect solubility and its great assimilation. The other type of effective silicon is the OSA provided that it is well stabilized by a company specializing in these needs, as it is not easy to achieve. Some companies have managed to obtain almost 400 ppm in monomer form and stable for a long period of time. These forms are very effective, can be taken for a long time and give good results, as long as they are taken constantly.

Over the years there have been silicon specialists such as the late Dr. Le Ribault of France or Professor Exley of England, who have disseminated their studies and experiences concerning this element. Le Ribault spread the medical applications of silicon and as for Exley has demonstrated the usefulness of silicon OSA to prevent the progression of Alzheimer's disease by its ability to eliminate the neurotoxic aluminum that according to his research team is one of the causes of this disease.

In many types of problems, the benefits of taking assimilable silicon have been reported, whether for diseases or aging of the skin, joints or all types of problems, including neurological ones. There are no side effects, can be taken without a prescription, is a food supplement so it can be taken without problems, although it is always advisable to consult a natural medicine professional. 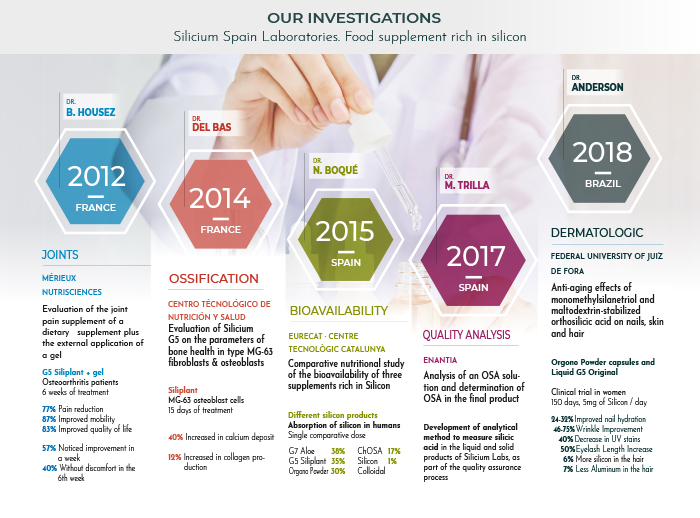